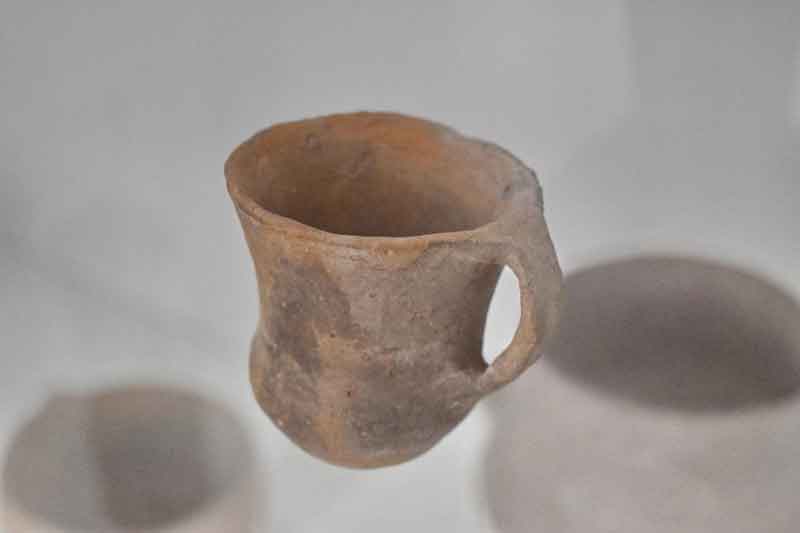 As far back as 18,000 years ago was when pottery was first developed. It was used as practical vessels for food, water, and storage.

It would also be used for rituals and spiritual ceremonies and as the years went on, pottery would continuously evolve into eventually what it is today, an expression of art. And earthenware pottery is one of the oldest materials used in pottery. It is used for pottery tableware and decorative objects.

People in many parts of the world developed the craft of pottery in different ways for its many uses. This article discusses these, in concise detail. As to why earthenware pottery does not turn into mud when you pour water onto it.

We’ll go from a clearer understanding of the terms, the materials used, and especially the processes but first let’s make it clear what earthenware pottery is.

What is Earthenware Pottery?

Earthenware pottery is clay-based. and used for tableware and as decorative objects. It is fired at a relatively low temperature and can be fired at a low temperature of 600 degrees Centigrade. Hence, the product is still porous and must be covered with glaze before it is fired for a second time. Without the glaze and the slip, earthenware pottery would have limited use for storing liquids or as tableware.

What Substances are Used?

It is a fine-grained substance, we commonly find in our surroundings, and was originally rock-like granite that has broken down. It is, in fact, the oldest known material for ceramics or pottery making.

It is a sticky mixture of solid material with a liquid, like silt, loam, soil, or clay mixed with water. We see mud, especially after rainfall or alongside water sources.

Why Do We Refer To Clay In Particular?

That’s because Pottery, as traditional ceramics, is clay-based. Clay by definition is a loose earthy substance, formed over a long period of geological time.

It was rock-like granite that eroded and underwent chemical weathering, sometimes caused by geothermal activity, i.e. by heat from inside the earth. When it becomes chemically bound to water, the mineral clay is then created. Clay is 14% water when it is dry clay powder.

The plasticity of clay refers to its property of being deformed, like when it is wet; when a molecular film of water surrounds the clay particles.

Pottery is the process of forming vessels and other objects into the desired shape, using clay and other ceramic materials.

These materials are fired at high temperatures, say at 600 to 1600 degrees Centigrade in a bonfire, pit, or kiln.

The high temperature leads to reactions that result in permanent changes like increasing the strength and rigidity of the object; making them durable and giving them a hard form and fashioned into the desired shape.

Each type requires a specific clay material and increasingly higher firing temperatures. The earliest forms of pottery were made from clays that were fired at low temperatures. In early times, the clays were fired in open bonfires or pit-fires. People used their hands to form the pottery

Read  Can You Glaze Pit-Fired Pottery? (All You Need to Know)

What Are The Chemical Changes In Earthenware Pottery During Firing?

What happens to clay when it is fired in a kiln?

When clay is put onto a kiln, there is still water trapped in the spaces between the clay particles. As the clay is slowly heated in a kiln, the heat from firing first eliminates the free water out of the clay.

When the temperature reaches 500 degrees Centigrade, the changes in the pottery cannot be reversed. The weak hydrogen bonds in clay are replaced by stronger oxygen bonds.

At this point, clay is fragile but it can not be changed back to its original state. The heat changes the clay completely into another mineral type. This state is the release of the chemically bound water when the clay has 930 degrees Fahrenheit and is totally dehydrated. Clay becomes a ceramic material, like a stone again.

Then some of its mineral components begin to melt. This partial melting gives it glue and strength.

And when the clay cools, new minerals are formed. This is called: “sintering”.

Read  Is It Possible to Use a Wood Burning Stove As a Kiln For Pottery?

Starting at a temperature of 1650 degrees Fahrenheit or 900 degrees Centigrade, the clay particles start to combine. This cementing process is called sintering. After the earthenware pottery has sintered, it is no longer the original clay material but has become a ceramic material.

As the kiln heats up during firing and cools down, these changes in temperature produce radical changes in the clay. From being a soft, fragile substance, it now becomes hard as rock, and will resist the effect of water or wind on it,

Fired earthenware pottery is no longer clay and does not become clay again unless it undergoes more and prolonged geologic action.

When you pour water on earthenware pottery, you are not pouring water on a vessel made of dried clay that will melt into mud. You are pouring water on pottery that is now made of stone-like material.

With all of that said, you should have a clearer understanding of what earthenware pottery is and how it is made, Now if you’re a bit confused. Here’s a quick rundown of the entire process:

I hope this article made it crystal clear what earthenware pottery is, the terms, and the processes between its creation. Thank you.